Even this year are some developers giving away exciting new adventure games for Android and iOS for free. Here is a list of those that you should not miss.

While there is still less adventure games for Android and iOS than we would like, this year, or more precisely, at the turn of 2017 and 2018, new interesting pieces appeared, so we have something to play. We chose for you games that are free to download and are definitely worth your attention. Here's the list of the games - and we will start with one really special: 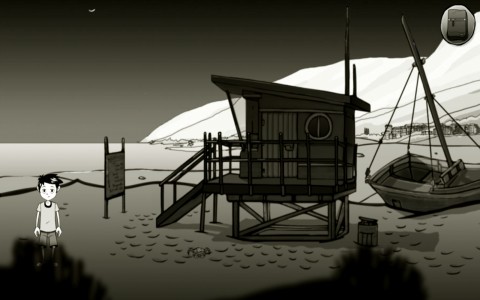 When Désiré's teacher asks him why he does not draw the sun like the other children, he answers spontaneously: "There is always night in my head." Désiré is a color-blind boy - and you can visit his world - in 4 chapters and with lots of puzzles. This adventure game is free, try it. Here it is for Android:

Alice and the Magic Islands 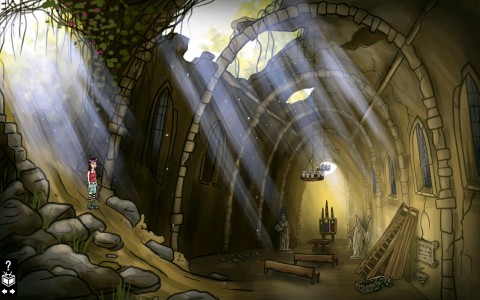 At the end of the last year, the long-awaited third sequel of the series "Alice the Witch" was also released. This time, Alice lives happily at her castle in the magical world, but the mighty sorcerer Darold M. definitely does not like it. Right at the start of the game he punishes Alice and the dragons who helped her, so Alice is again starting a journey, this time in the footsteps of three wizards who once were Darold's friends. And it's a journey full of dangers and traps that lead you to the Magic Islands, as the name of the game suggests.

This game is an exception in this selection, because it is not free - but it costs only $2.

Here is the second sequel: Alice and the Magical Dragons:

And because this is list of games which are free of charge, here is the first part Alice and the reformatory for Witches, which is completely free. We strongly recommend to try it: There is a great chance of falling in love with this series, because around 1.5 million players from around the world have already installed one or more of the Alice games and played them.

Do you like sci-fi adventure games? Then there are Pinhead Games for you - with the hero Greg, a loner who volunteered to hear the sound signals at the Capricorn space station. Greg must fight with his own isolation and with a memory loss. What's behind it? Is it harmless, or is it something ominous? You have to find out yourself. Even this adventure game is completely free and it is worth mentioning that it is fully spoken in English. There are also subtitles. We definitely recommend this game, it's fun and it looks great. 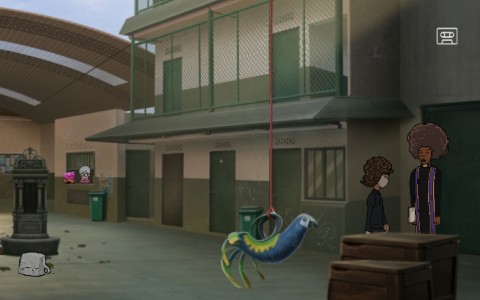 And here's another game for which you won't pay and which is still very good. The main heroes are several friends who spend all their leisure time in their own secret paranormal research club: Sol705. What exactly is waiting for you? Get off Carlit's school jail and look for the mystery of your city. It will be about the UFO and the relationship of the citizens of the city with aliens. Even this game looks great and funny! Here for Android:

This game is also available for iOS:

In this game you will head to the Badminton Principality, where the main hero Pirlock, who was deprived of his rights to the Badminton throne, lives as a soldier in a patrol tower. But at the start of the game, he gets an unexpected visit. Maybe it could be the beginning of his new life? Here's a classic adventure game that you can install on your Android tablet or smartphone for free.

As the name suggests, Ghostscape 3D is not a classic 2D point and click adventure game, but it is 3D. And it's a horror. It starts when you get into a mysterious house after solving the introductory riddle. What do you find inside? What secrets are waiting there? You will find out yourself.

More free adventure games are here! Do not miss them!

Disclaimer: The GameCondor publisher devotes maximum attention to the objectivity of all texts published here. GameCondor publisher also publishes other media focused on computers and business, but also on travel and 3D photography. The publisher is also the publisher of GameStylus-based adventure games, which are sometimes mentioned on this site.